Word has come in from the far north, the tail of Maui's big fish, that Richard Meros has pieced together a new book to be released in 2012. The book is provisionally titled $30 Meat Pack: The Complete Written Correspondence Between Richard Meros and Creative New Zealand volume two, which is a follow up to his 2008 book Beggars and Choosers, volume one in the series. 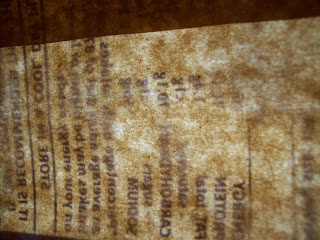 When asked why a second volume was collated, when the point had been aptly made by the first volume, Meros replied that the new series was simply the follow on from what the title of the first volume would suggest ie. more than one volume. He also suggested that if it were accepted that life were absurd and that the first volume was absurd then does it not follow, given absurd logic, that a second volume increases the absurding and thus relevance of the project. If one had to exist, then so does two, then three, then four, then five. Who will end it? That is an open question indicated by the authors life. When The Dearth of Richard Meros is published, that will end the question. But for now, ponder the failed selections in the new volume:


* Baby Boomer Funeral
* Dating Westerners: tips for the new rich of the developing world
* An introduction to Self-Harm
* Hugo’s there! Mr Chavez what are we to do about our right wing government?
... and a section detailing Meros's consultancy work in the much talked about restructuring of Creative New Zealand into Reactive New Zealand in a bid to align the art’s agency with the goals of mainstream New Zealand.