Press: NZ novelist captures the subtleties of an indifferent Paris 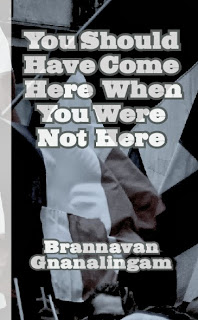 During WWII German soldiers stationed in Paris complained that it did not live up to their expectations. Parisians made a simple reply: ‘you should have come here when you were not here’.
The difference between the romantic Paris of books and film and the reality remains so great that a medical condition, Paris syndrome, exists for those crushed by the dissimilarity. In mid-2012, Wellingtonian Brannavan Gnanalingamput his legal career on hold for one year to live in Paris and finish his second novel. When not starving for his craft he reviewed film at Cannes and the Berlin Film Festival, before returning to launch his completed novel.
You Should Have Come Here When You Were Not Here is furnished with rich historical anecdotes and offers a fresh take on Paris through the subtlety of Gnanalingam’s compelling second-person narrative.
“Paris has been written and filmed and depicted so lovingly that it is almost trapped in amber. What I found was very different: a segregated, austere, and above all, disorientating place,” said Gnanalingam. “Perhaps its bloody history and the darkness of French literature at its best wasn't just coincidence.”

The book is centred on Veronica, a New Zealander in her mid-30s and a journalist going nowhere. She decides to move to Paris, believing the city will change her life. She is surprised, but not in the way she expected: Paris is indifferent to her.
“I wanted to subvert the romantic notion that you can travel somewhere and expect the city to bend over backwards to accommodate you. Indifference and impotence are almost built into the grand boulevards and cobbled medieval streets.”
Gnanalingam’s first book Getting Under Sail was released by Lawrence & Gibson in 2011.
The NZ Listener offered the following praise for it: “The narrator’s wry honesty, miles away from the usual Africa travelogue clichés, and the inherent humour of the events are both lifted by Gnanalingam’s knack for the striking image. Some thought-provoking unsentimental reflections on travel and belonging round out this unique, beguiling effort.”
Lawrence & Gibson release Brannavan Gnanalingam’s You Should Have Come Here When You Were Not Herefrom 6pm on Friday October 4 at the 19 Tory St Community Gallery in Wellington.

You Should Have Come Here When You Were Not Here retails for $25.00. For more information visit us online at www.lawrenceandgibson.org