Launch photos for Credit in the Straight World

On May Day, 2015 (1 May, for those lacking in historical consciousness) Lawrence & Gibson publishing released Brannavan Gnanalingam's third book, and the twentieth for the collective. Rousing chants of 'more' and 'toast the editorial board' spontaneously erupted throughout the evening. Gin and tonic were applied liberally to the Friday evening wounds of the week. Apple juice was an option for tee-totallers and sensible/sensitive. Commendations to Gnanalingam for the carrot dip and Meros for the hummus. Numbers surpassed quorem, with author of LG018 Thomasin Sleigh present, and the designers of LG004, LG009, LG011 and LG020 Mr Neason and co. present also.

The evening began with a speech from editor-in-chief Murdoch Stephens who commented on the felicity of Gnanalingam's reproduction of the characters of small town South Island folk. There was a brief scuffle when questions were raised over whether the town of Nelson, or Whakatū, was a small town or a big town. Following this Gnanalingam read a portion of his text on an erroneous, and telling, coming together of merriment, violence and corruption. The evening was topped off with the music of Womb (Charlotte Forrester) and Bent Folk light (Dick Whyte).

Many copies of the novel were sold, and we can proudly note that we have, so to speak, balanced the books. This means that you have a little time to get a first press copy - the book will be reprinted shortly, so there's no need to fear that it will become an expensive HardtoFindBooks only matter. 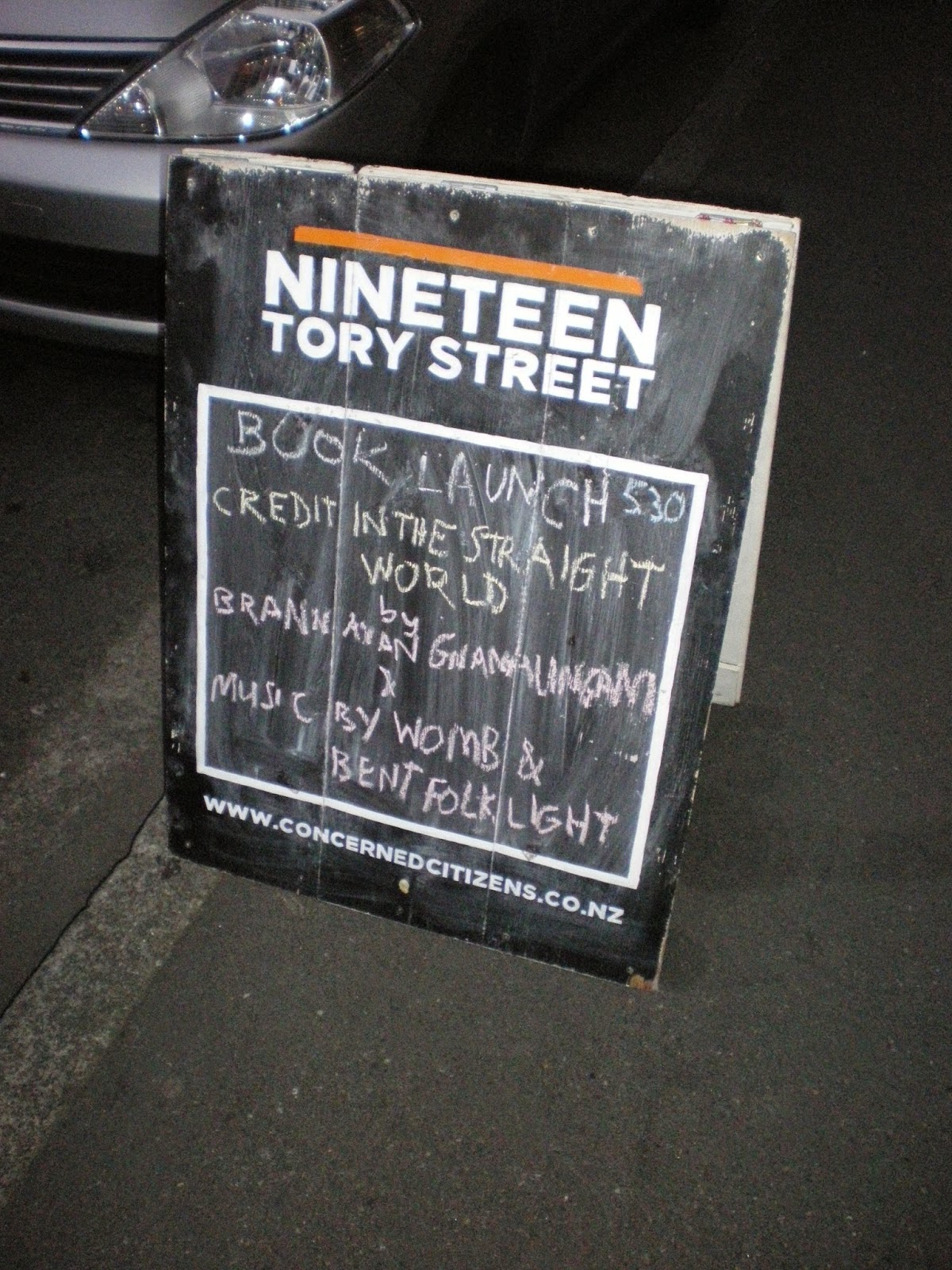 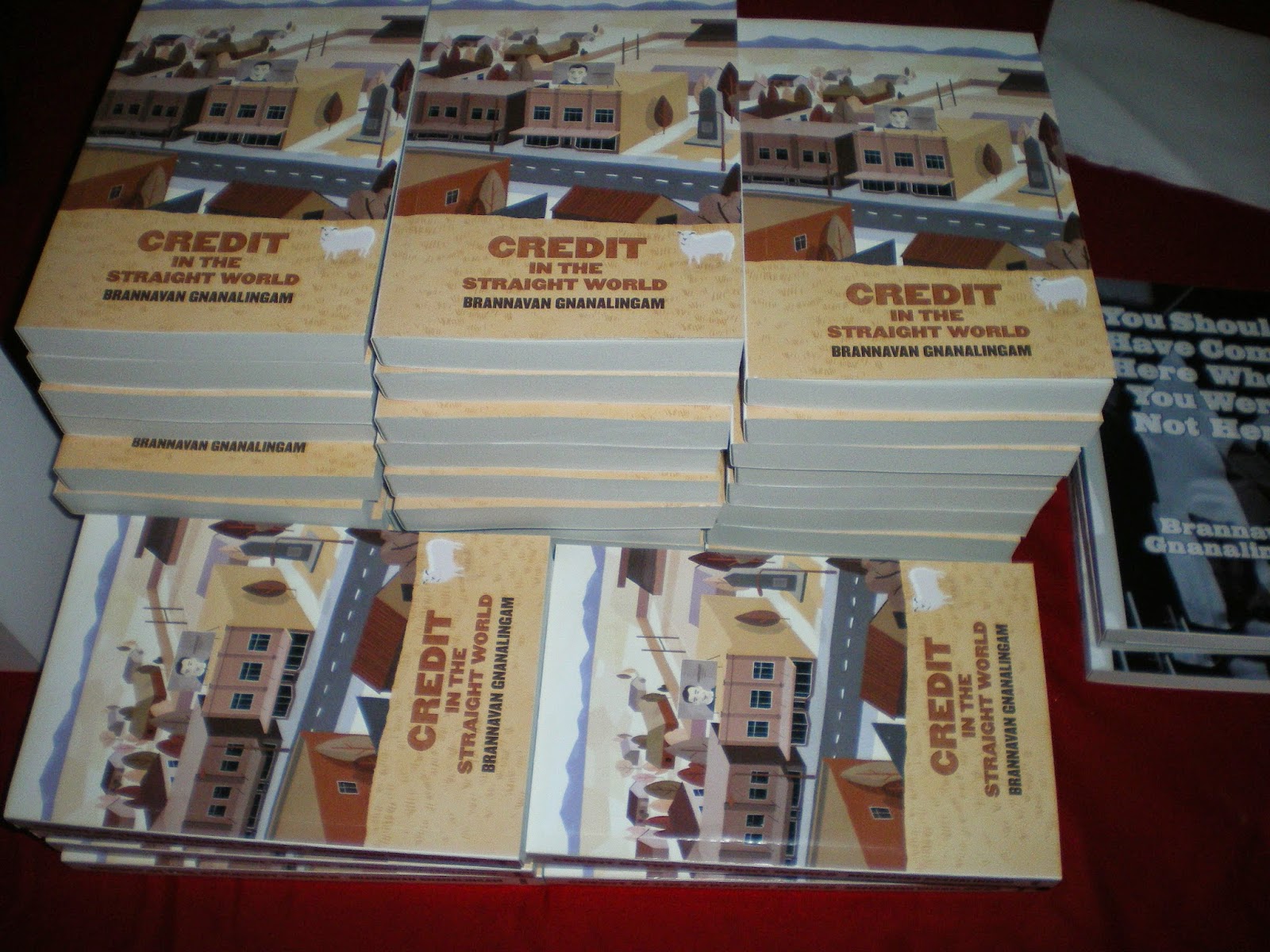 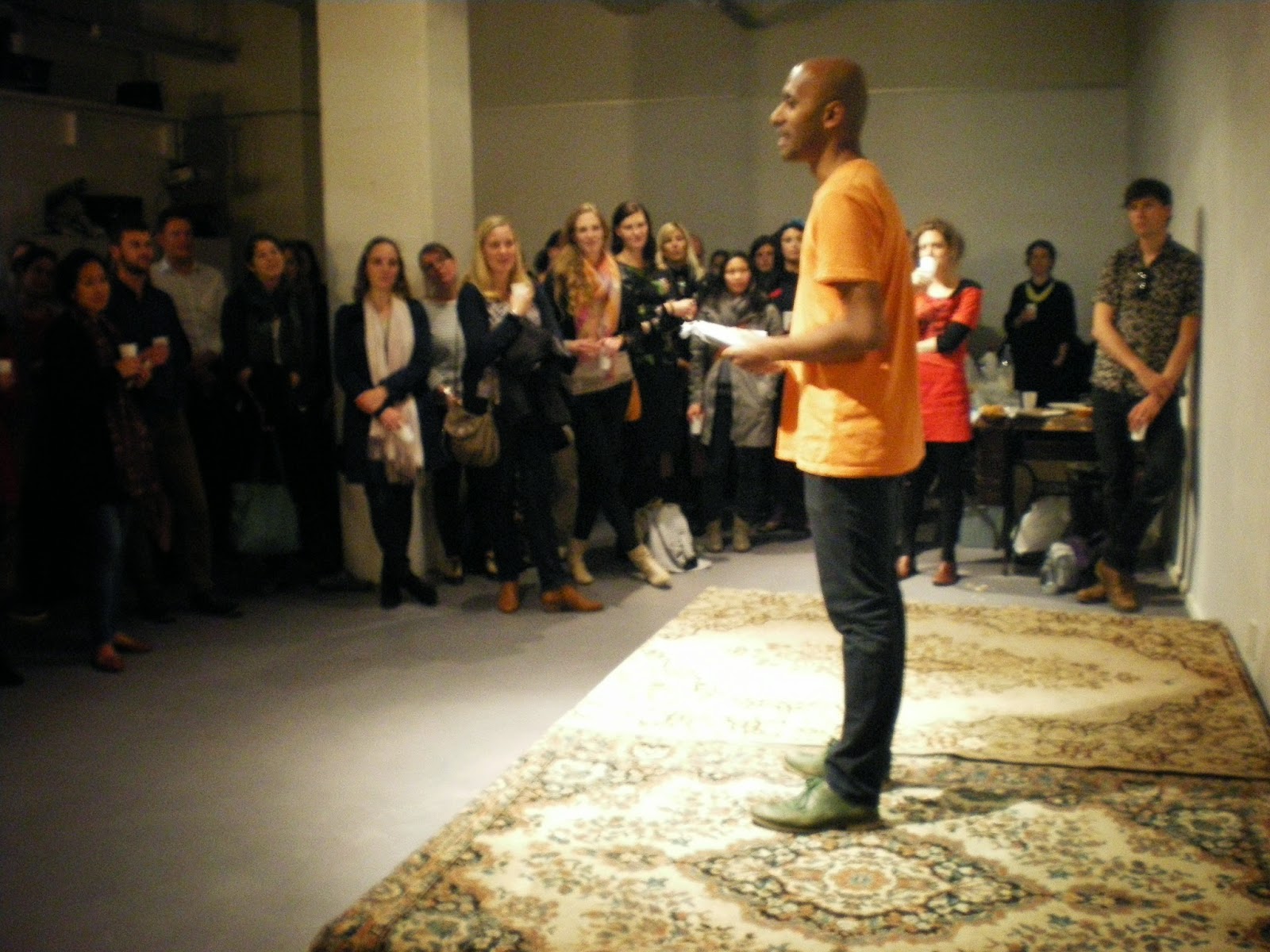 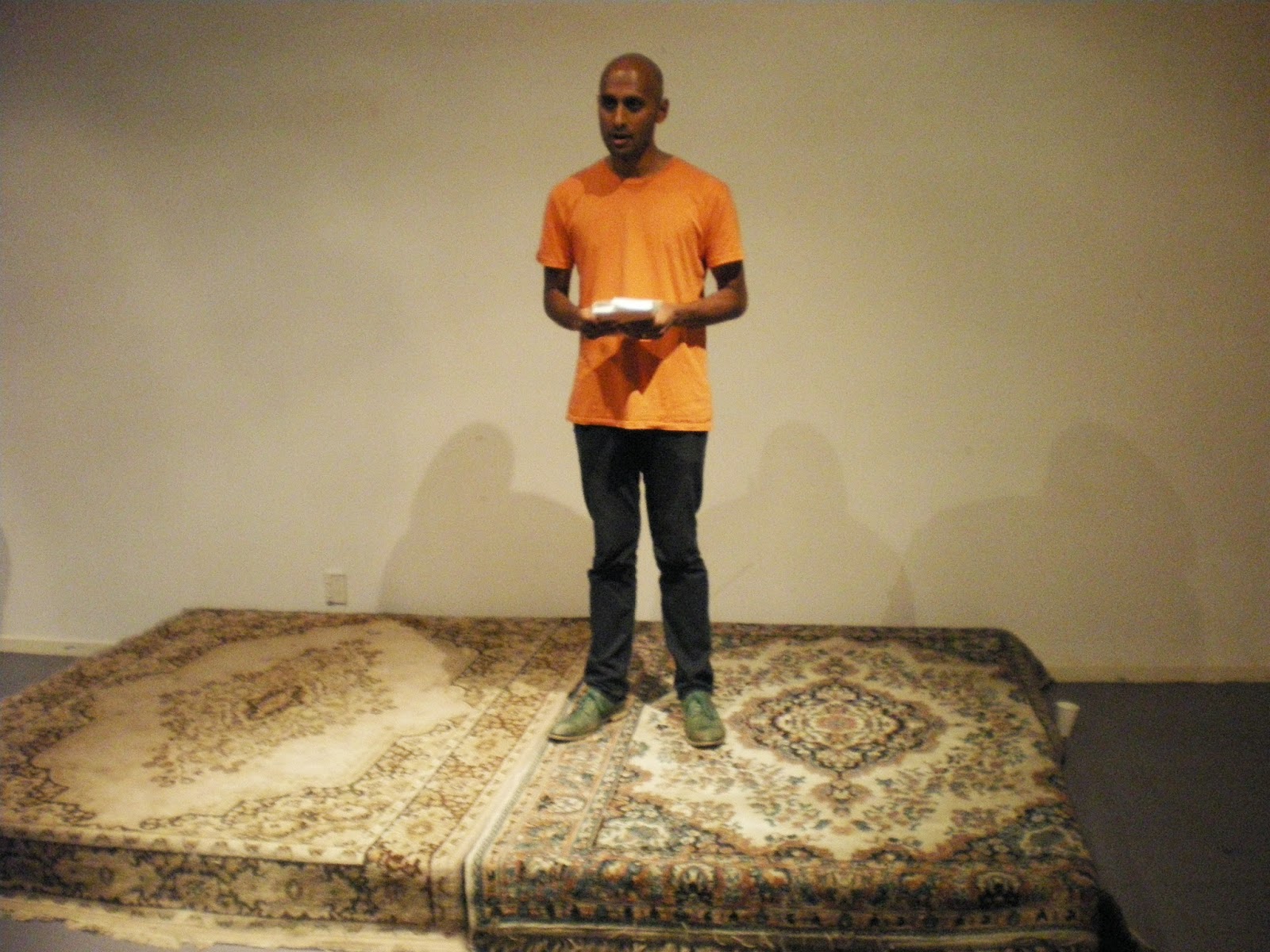 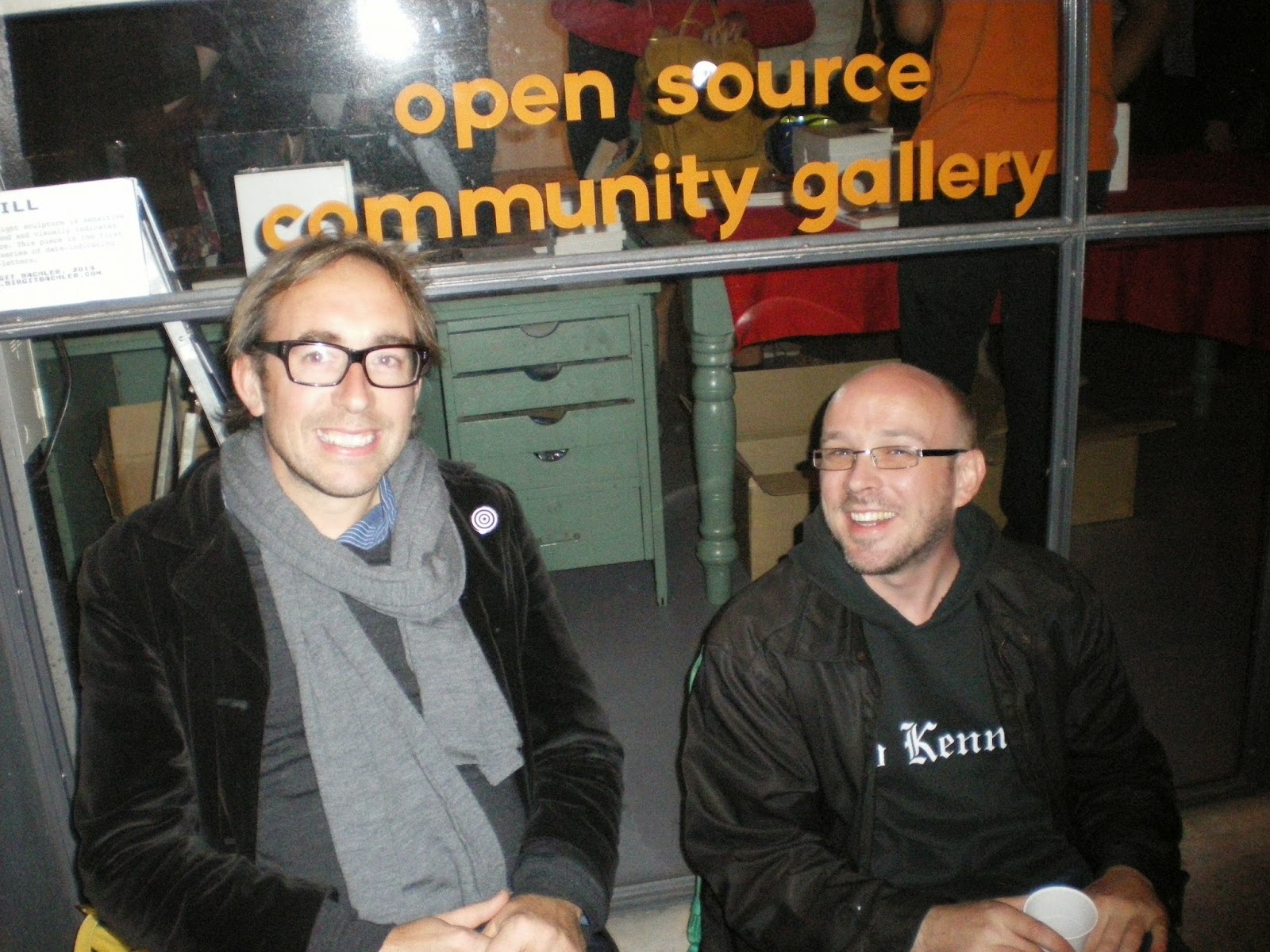 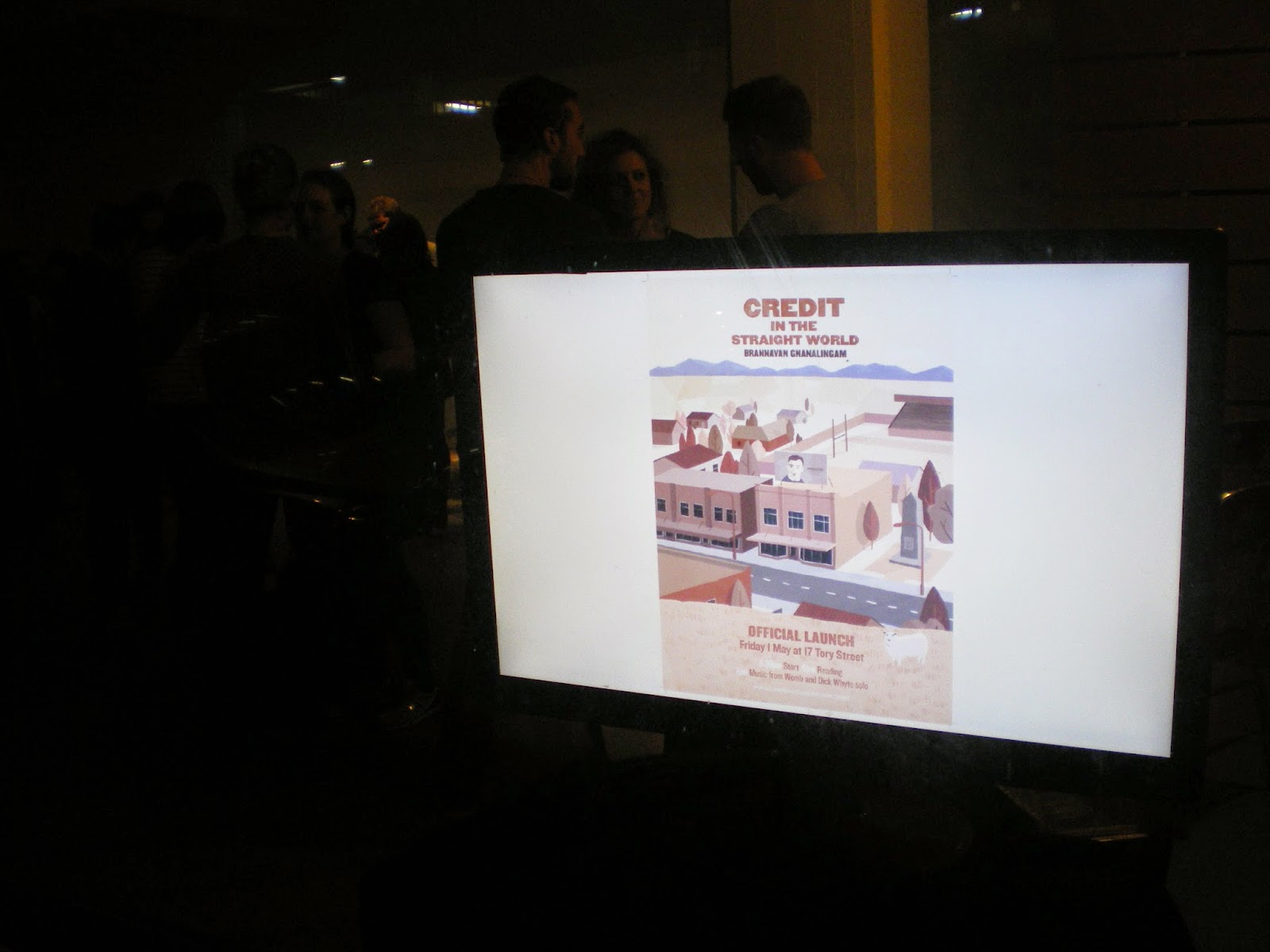 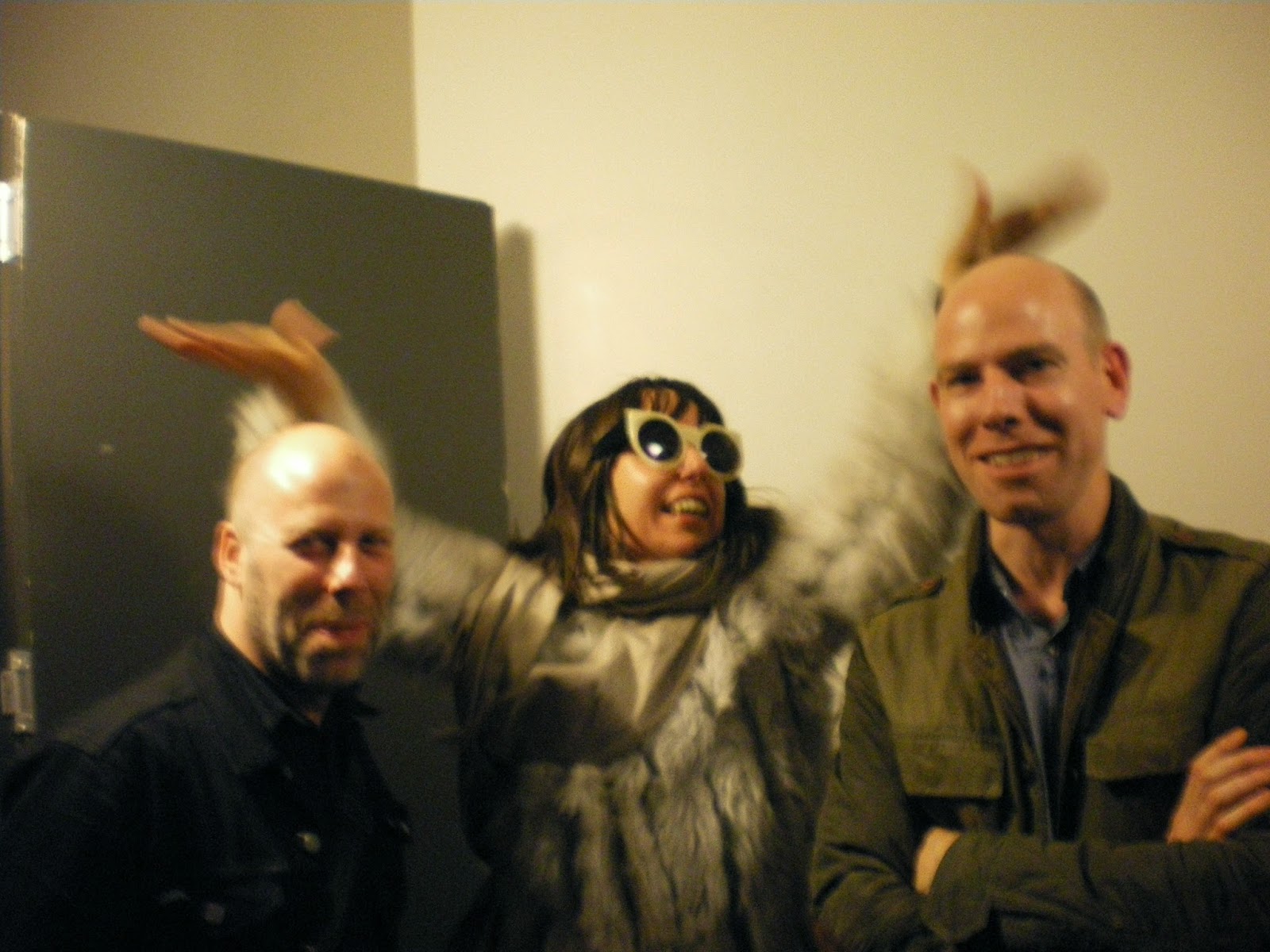 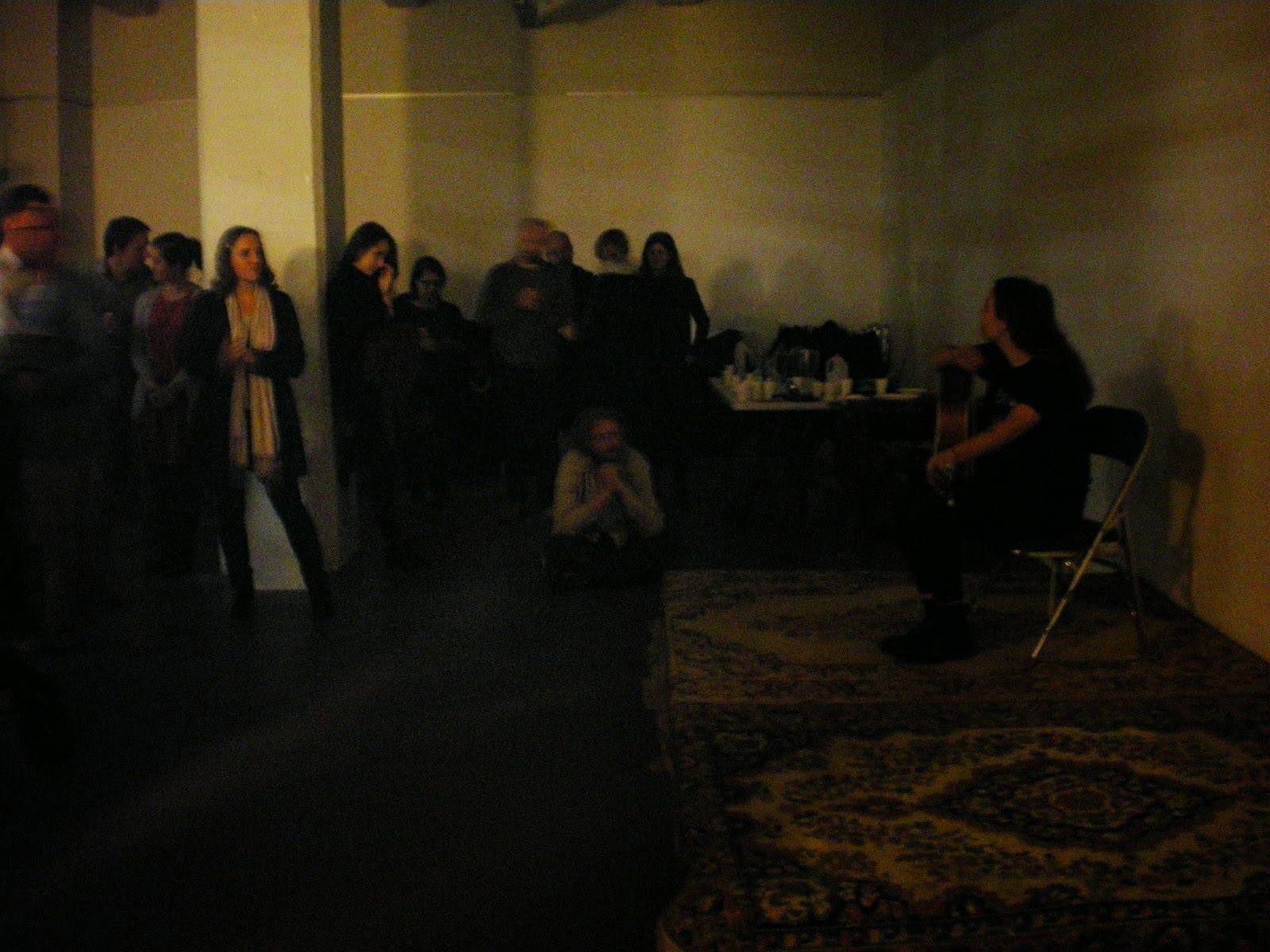 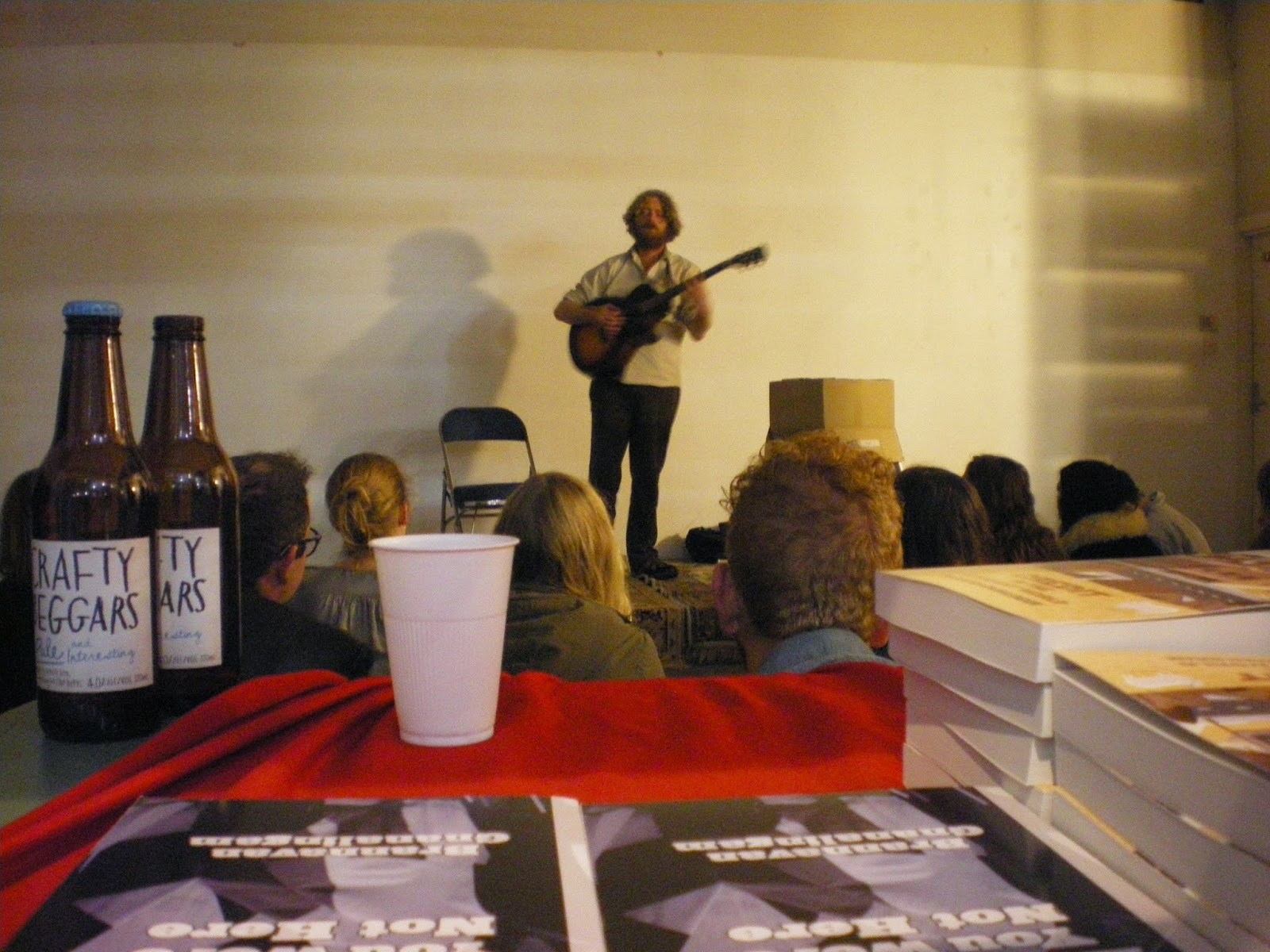 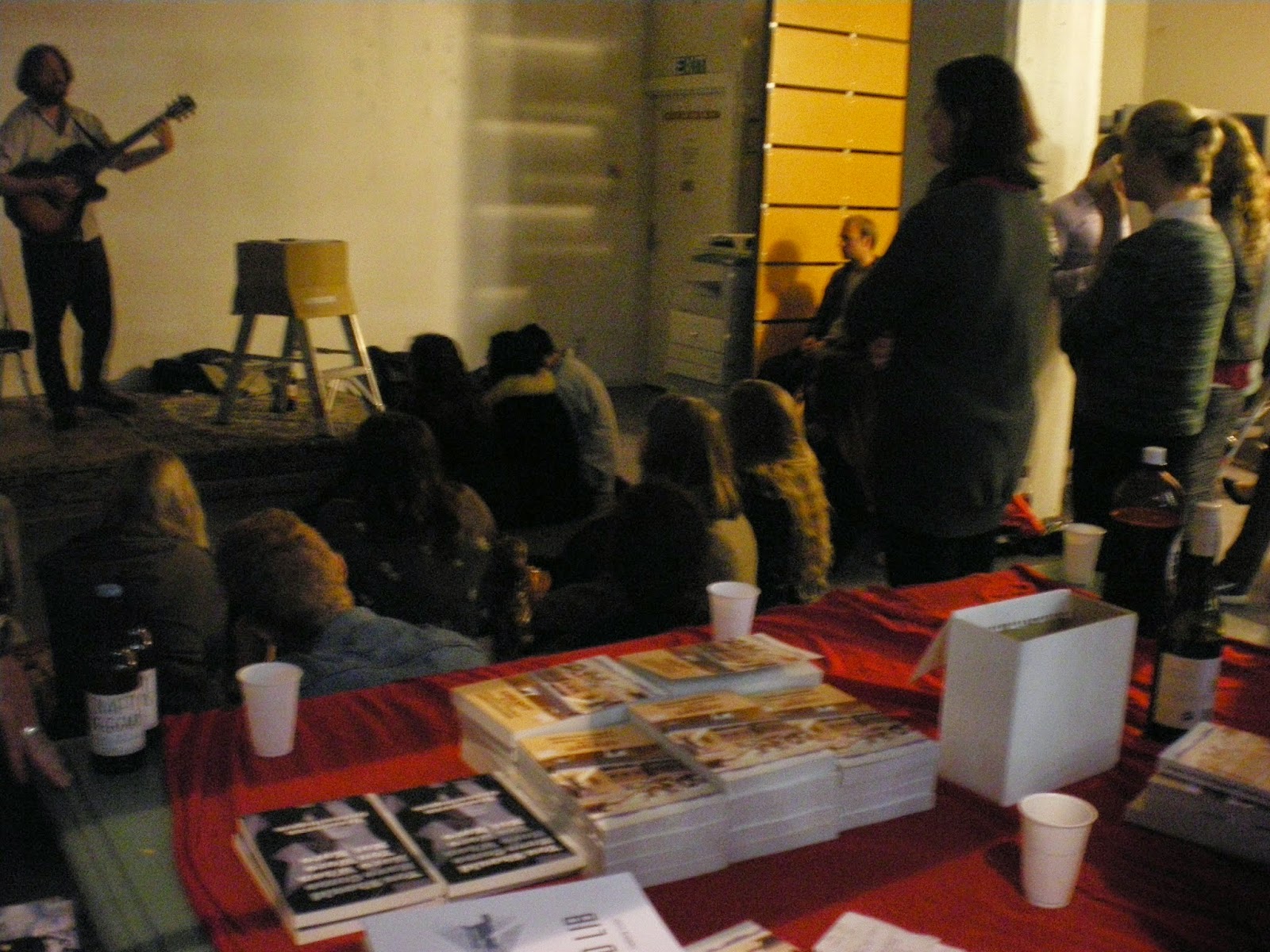 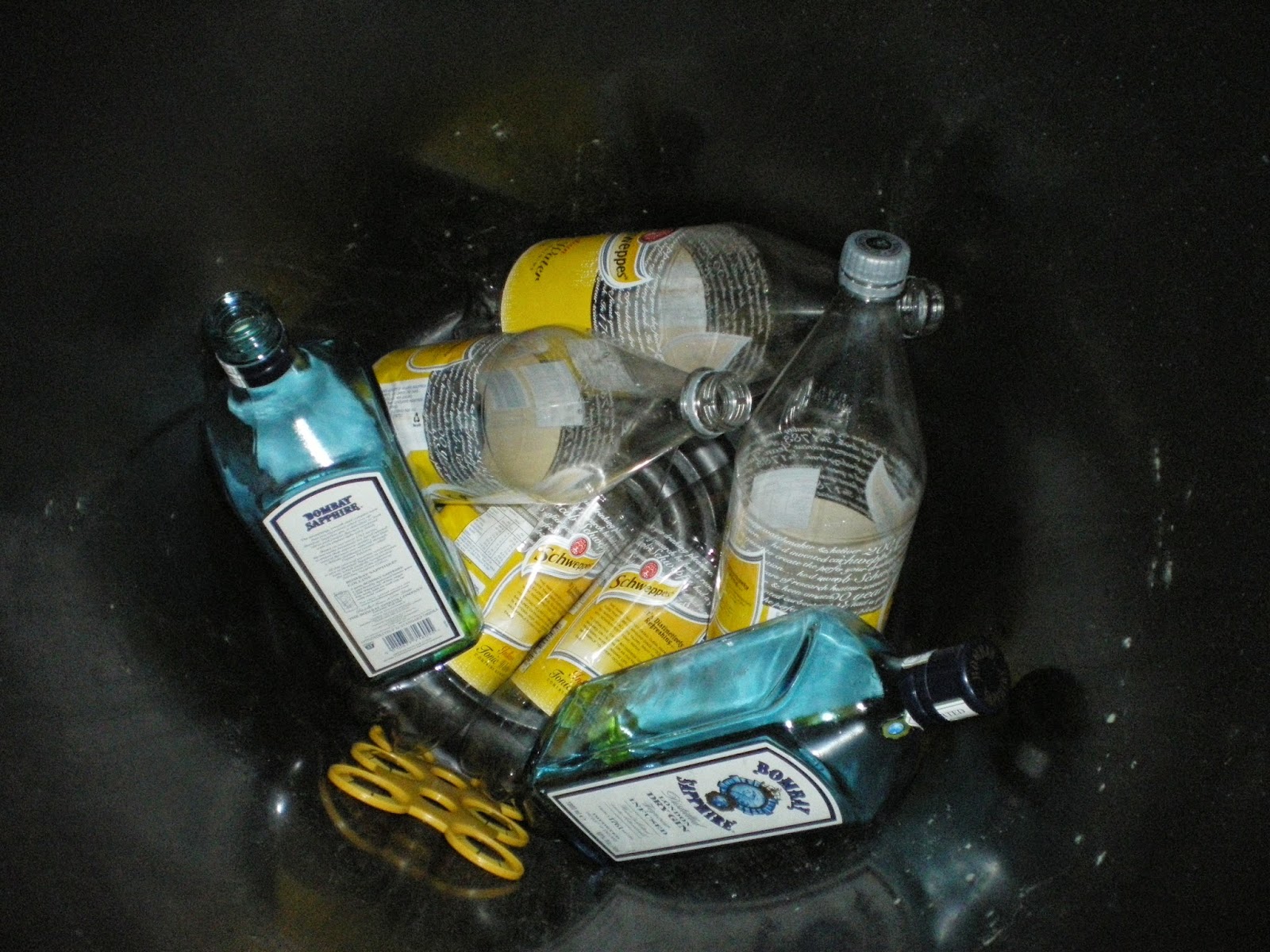