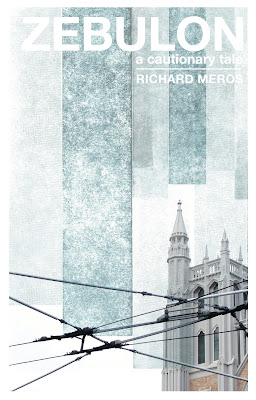 Jean Paul Sartre's Being and Nothingness was an ethical treatise of life during wartime. But outside of lives lived at war, what compels people to any sustained action or belief? This problem is central to the subconscious of the characters who surround author Richard Meros in his Zebulon and the sub-plot involving Che Guevara's resurrection on the occasion of the millionth sale of a t-shirt bearing his image.

When Richard Meros tries to recapture the frisson of his first novel he is drawn into a series of bizarre encounters with other lost youth. Experiments with S and m, codeine and swimming result in the start of some new writings, Los Noches, of which Meros is only tangentially the author. The happy ending all characters are searching for are met with by the protagonist of Los Noches, but the fate of the first book's characters is more realistic: financial responsibilities, boredom and curmudgeonly egos put a stop to youthful experiments.