Born down in a dead man's town 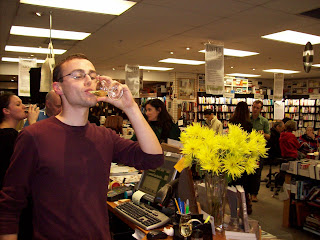 The bolting horse from Lawrence & Gibson's immaculate stables is William Dewey's Without a Soul to Move. The novel has just squelched its way into Unity Books Wellington's #4 spot for July's top 20. The true gentleman forsakes the glamour of the podium and the runner-up to the runner ups bronze for a healthy fourth. Oh, wait, no... it's fifth. Still... in the top 5?

He has also had a favourable review in the Missoula Independent, ahead of a series of readings in them United States a' America.

In other news, L&G have cemented September 12th for the release of Richard Meros' new text at the homecoming of the play of his Hel.Clark book to Downstage in Wellington. The play has galloped around the nation this year to rapturous applause and thunderous boot-stamping. No picket-lines have been set up to crush this mighty challenge to the liberal-democratic hegemony.