"the decay and disintegration of this culture... it doesn't include me and never has"

Meros, like an orphaned head of Hydra, has limped back to Wellington city to crash on my couch for a few days. He could have slept on the generally unused half of my bed, but he is looking a bit too similar to Debashish Bhattacharya (below, r) these days for that to be prudent for either of us. 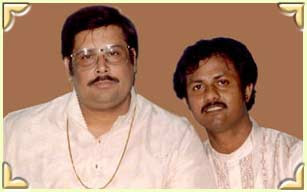 He asked me to write a post explaining two new articles he is having published. I don't know why he doesn't write it here himself, as he has got the password. I asked him and he made some reference to the sanctity of his élan vital. But what is a publisher for if not to publish and so I will write up his little conquests, his garroted bambi.

(1) He is to publish in the forth-coming edition of White Fungus magazine a short piece detailing the life of Diogenes of Sinope and introducing readers of that arts magazine to the Ancient Greek Cynics, or as Peter Sloterdijk's translator Michael Eldred prefers 'Kynics'. The use of the 'K' instead of the 'C' follows the German usage and distinguishes the modern cynic from the Ancient Greek cynic. Of all the points Meros misses in his analysis, I feel this is the most important.

(2) Although still eons from publication, talks have been entered into with the Hue and Cry journal to publish a recollection Meros has of his London years in the earlier part of the century and his memory of an elegant young financier's political manifesto.