One month of Gordon Campbell

A significant part of this analysis will be standing in awe and wonder at the breadth and depth of the topics covered by Campbell within a month and, through leaving the question open, seek a response to the methodology used by Campbell. The impetus for this search came as I was thunderstruck by the quantity of his writing in comparison to my own. I was reminded of the Colbert joke where in his interview on The O'Reilly Factor laments his own output compared to Bill, and asks how Bill does it with a question like 'is it the love of jesus christ or pat robertson's protein shakes?' I feel like asking Gordon Campbell the same question. Without international syndication, I can't imagine it would have the same impetus, but nevertheless, I wish to ask. 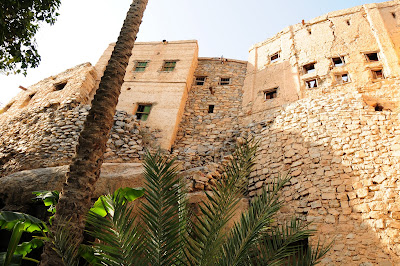 For the purposes of transparency, I believe I have probably seen Mr Campbell either strolling along Lambton Quay or jostling for a beer at the SFBH. But I have never consciously held a conversation with Mr Campbell.

The following are some exemplary quotes of Mr Campbell's for the past month. I wish to build a case from these quotes that requires an explanation as to how he can consider so much in a four week period. I also, knowing or expecting he does not plagiarise, wish to provoke awe and wonder in the hearts of readers of this blog as to the output of Mr Campbell.

(1) "Douglas’ choice of expert support for his views is particularly unfortunate. Greg Mankiw is an increasingly isolated and somewhat crackpot figure, even among right wing economists."

(2) "Therefore, preferences will come into play – and the feeling around town is that The Hurt Locker will score enough on second, third and fourth preferences to reach a majority some time around the third or fourth calculation."

(3) "Obviously then, the level of self defence upgrade envisaged for the ANZAC ships will be a litmus test of the Key government’s commitment to Defence. The ships need to be able to foil attacks by anti-ship missiles as well as by fast inshore attack craft – and the sky is the limit for those with an open cheque book. There are lavish options available but the likelihood is that the least will be done, on the cheap"

(4) "Eventually, Dicey comes to realize how much she loves sailing. Not just for its tactile pleasures, but for its almost spiritual qualities ."

(5) "Vile has his VU moments, but he also taps into even older music traditions – much of them learned from his father’s large collection of bluegrass, country and blues recordings."

(6) "Memo to TG: this is a negotiating tactic called messing with your mind. I’d wager that it is her particularly blunt set of personal sensors – rather than gender discrimination – that explains why a local firm recently thought twice about taking her on in a leadership role."

(7) "Right now, the leadership of Hamas appears to be deeply divided. It seems torn between a more moderate political wing led by Prime Minister Ismail Haniyeh and Hamas MPs from Gaza and the West Bank, and the exiled radical political leadership in Damascus, headed by Khaled Meshal – who is becoming increasingly close to Iranian president Mahmoud Ahmadinejad."

Note: with a few more posts left, my own methodology of copy and quote has started to dispel my own initial awe and wonder. Can awe and wonder at others productions remain when a more thorough investigation into the exact methods of style of production is attempted? I suggest that such awe and wonder diminishes the closer one gets to the subject under analysis. Nonetheless, I will continue.

(8) "In sum, it risks repeating the culture of mediocrity that the FC has consistently portrayed as being the path of hard-headed commercial realism."

(9) "A moratorium? That’s not what decisive people do. Further damage to an already maxi-stressed water resource in Canterbury? Mining in national parks? Only defeatists wring their hands about the damage this could cause to our $18 billion a year tourism industry, and to the natural heritage of future generations."

(10) "The ‘low budget mindset’? Spare me. Lets go through what else is wrong with this approach. Low budget film-making of any creative worth is not some kind of lark where teams slam together concepts to meet an artificial deadline in a daggy Survivor-type boot camp setting."

(11) "For starters, the Shia–run Electoral Commission has ruled out a large array of 515 electoral candidates – ostensibly because of for their past links to the old Baath Party of Saddam Hussein – in a move widely seen as targeted at the secular Sunni political bloc led by Iyad Allawi, a former CIA asset and former Prime Minister."

(13) "The cleanest and most bang-for-the-buck method of doing so would be the one that has been advocated by the Greens and the Maori Party for years – namely, to exempt a band of initial earnings from tax altogether for those on the bottom rung of the income ladder."

And that is all. While I maintain my interest in the methodology of information collecting for a blogger such as Campbell, (I don't find the prolific blogs of some to be worthy of such attention, give that they just spout their own tired ideological bend on various mildly interesting tidbits of the day), I no longer stand in awe and wonder. Why? I cannot say, it dissipated throughout the course of this post. Perhaps there is something in the two older posts about married socialist bloggers and the perpetual sense making of journalism (or was that one an email?)

Nevertheless, I stand back, recollect myself, wonder if this will be the last snow of the year and think of a photo to post. At the least, I would like to know what resources Mr Campbell uses on the internet to facilitate his information gathering. I fear it, though, as it may be an enormous compilation of links, news feeds, blogs, subscriptions cribbed from student friends, all met with an office of folios and cardboard boxes all labeled and dated.