FOR IMMEDIATE RELEASE MAY 23 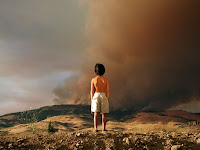 
On June 2 instead of the usual book launch wine and cheese event, Lawrence & Gibson and Richard Meros will release a deluge of material on www.lawrenceandgibson.org. The collective will cram YouTube book readings, interviews with authors present and past, an essay on artist-oriented collectives and the launch of an online store into a one hour period.

James Marr, assistant editor, is looking forward to the evening: “This collective [Lawrence and Gibson] came together to give authors more control over the production process and a greater access to the revenue their books generate.”

“While the internet has allowed a direct connection between musicians and their audience, by-passing the dinosaurs of the record industry, authors have not yet found a way to really benefit from the opportunities afforded online. E-Books go some way towards rectifying this problem, but for Lawrence & Gibson the issue is not just a format for distribution - pixels versus paperbacks – it’s also profits”

The two books to be released are A D Jameson’s Giant Slugs, a largely silly, slightly filthy, pun-laden Epicurean retelling of the ages-old Epic of Gilgamesh and Zebulon: a cautionary tale by Richard Meros. While Meros is a Wellingtonian, Jameson alights from the other windy city, Chicago.

The two books share a bildungsroman plot, but are set in radically different locations. In Giant Slugs, the narrator is ousted from his home Uruk, a somewhat Sumerian stage; in Zebulon the Nootropic isles, a near-future New Zealand, are the home to gadfly Meros and his bawdy, tawdry cast.


Zebulon is Meros second release of 2011. Asked as to how many more releases eager-beaver readers might be able to gnaw into before the year is out, he replied: “One more. Or two. Or three. I’m just taking every day as it comes, and if I happen to write a book, well... damned good luck!”

Surf over to www.lawrenceandgibson.org on Thursday, 2 June for the eLaunch. BYO.
For more information email James Marr: lawrenceandgibson@gmail.com
"every establishment needs an underdog to nip at its heels..... Lawrence & Gibson have emerged as the pack with the loudest yaps and the best placed nips... a rare beast - attractively designed books with clever content" Dominion Post, May 2011