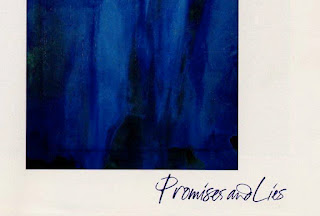 A schedule for forthcoming books is not something that we take very heavily here at Lawrence & Gibson. We cast out ideas like a fisherman dangling his lure into the sea, far from the coast. And as such, as the lure drifts through acres of ocean space, we drift through time. We might be called liars. For example, it was claimed that Meros would release four books last year. He made two. Dating Westerners and Easy Whistle Solo have been delayed. In fact, Easy Whistle Solo is in production. And Dating Westerners has been demoted to another text within Meros second CNZ letters series $30 Meat Pack.


For the sake of people who never knew Meros before theatre, they will also be delighted to know that the following two plays are scheduled for capital and performances:


This is a programme to live up to and, in future, to live down.

If only typed words could be as ephemeral as the litany of ball busting material driveled about on turned up talkback radio. If there is a soul to radio, I ask, where does it spend it's nights? Is there a hollow or an underworld where it coagulates in all of it's gelatinous glory? Of course there is. Somewhere in the Manawatu...