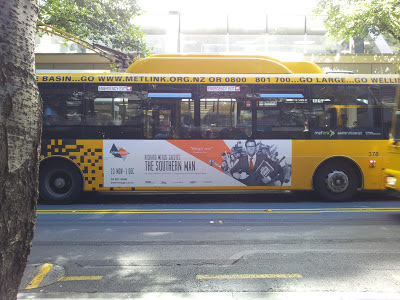 It is late January and Richard Meros is still haunted by an advertising campaign that seems a little late. Better late than never? Hmm... can't say that the accountants think so. And so the last performance of Richard Meros salutes The Southern Man is here, there, zooming through the city, bus tunnels and sleeping overnight in the cavernous, Kilbernie depot along with the Nivea ads and the one with that woman who is probably Mick Jagger's daughter, selling handbags. Get Quick Rich schemes avast!