Thomasin in the NZ Listener 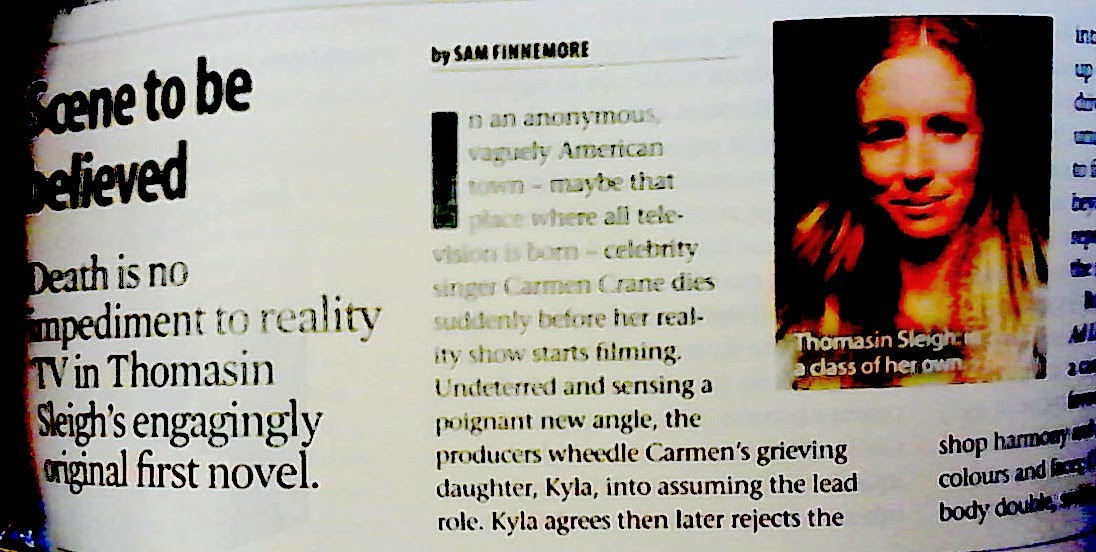 This week's NZ Listener has a wonderful little review of Thomasin Sleigh's "engagingly original" debut novel. Makes you want to read it, aye? Both engaging and original! Also, note in the image of Thomasin they've said she's "in a class of her own". That's also a nice thing to say. So we're all pretty happy about it. Anyone who can't read the first few lines in the above photo can head over HERE to read it, though only subscribers can read the full thing.

Also, they said that they that it is "as original an effort as we’ve come to expect from publisher Lawrence and Gibson" which is nice to see. Sam Finnemore also reviewed Brannavan's debut and Meros' Privatising Parts so it is nice to see a reviewer getting to know the works. Cheers Sam.