9 Fun Facts About Us

1.  Established in Wellington in 2005, Lawrence and Gibson is a collective that publishes literary fiction skewered towards the morose, satirical, verbose and thoughtful.

2.  We print, bind and guillotine our books ourselves... as Brannavan recently mused, they wont sit neatly on your shelf.

3.  Until a while ago we used the slogan, "made from local and imported ingredients". We're not sure why that got dropped.

4.  While Brannavan Gnanalingam's Sodden Downstream was short-listed for novel of the year in 2018, the previous year his A Briefcase, Two Pies and a Penthouse was long listed. The books are very different, though the former travels from the Hutt to Wellington and the later ventures from Wellington to the Hutt.

5.  For six glorious months in 2008 Richard Meros lived off the proceeds of the award-winning theatrical adaptation of  On the conditions and possibilities of Helen Clark taking me as her Young Lover.

6.  OTCAPOHCTMAHYL remains our best-selling book. $30 Meat Pack or Dating Westerners: Tips for the New Rich of the Developing World might be our least selling, but they are still very good.

7.  We read all of the reviews, even on little-visited blogs. We are talking about you, too.

8.  We probably don't publish international authors anymore, but it was a damn pleasure to release AD Jameson and Ulrich Haarburste's novels in our first years.

9. None of the collective authors have dated one another. What sort of collective is this, even? 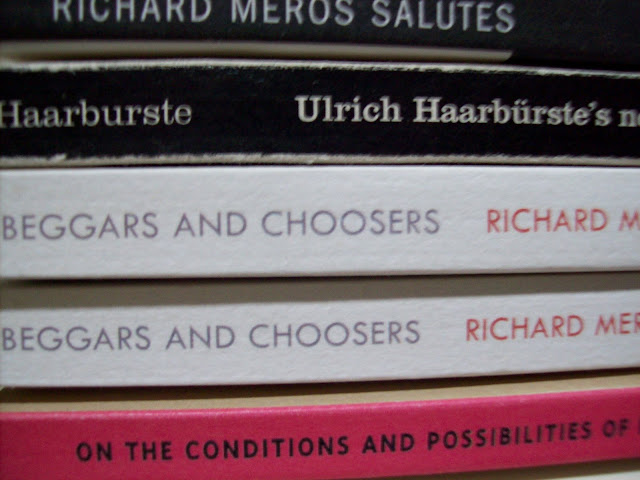